How and why it was created, by the inventor Jos Schulte:

As a member of diving club HYDROFIEL I train in a swimming pool every week. One night when we were training in the swimming pool, I overheard one of my fellow divers, Harry Holsteijn, complain that he had been unable to find a magnifying glass that could be used underwater. He had looked all over the Internet for a suitable magnifying glass, but without success.

Harry’s problem intrigued me. Harry is a keen amateur underwater biologist. He shares this interest with a few other members of our diving club. I could well imagine why he would like to have an underwater magnifying glass, for with such a magnifying glass he could study a particular kind of small snail that occurs in the waters off the coast of Zeeland even better. I therefore withdrew to my hobby room and set to work on a prototype. The first prototype did enlarge objects underwater, but was still far from perfect.

A few months and several prototypes later, the underwater magnifying glass was ready to be tested during a diving holiday in the Red Sea. The magnification power was judged to be excellent, but we were still not satisfied with the type of sealing and the pressure rings and with the manoeuvrability of the magnifying glass underwater. At that stage, each magnifying glass still had to be made by hand because we had not yet found a way to produce larger quantities.

Finally, I picked the most suitable parts for the magnifying glass and chose a production method that would be technically and economically feasible. I discussed the prototype with someone working at the University of Groningen. One of the things I discussed with him was the possibility of using a magnifying glass with an adapted refractive index, which would be highly suitable for underwater use.

Unfortunately, this adapted refractive index would make the magnifying glass unsuitable for use on land. My contact at the University of Groningen took this matter up with an optical designer of the ASTRON laboratory in Dwingeloo. He recalculated some of my designs with an optical design program. This research showed that my magnifying glass would produce magnifications of a highly acceptable quality underwater as well as above water. A magnifying glass that would be suitable for direct contact with water would be unable to meet these requirements, with the possible exception of a Fresnel lens. A Fresnel lens that might be suitable was found and ordered, but the results were disappointing, certainly compared with the results obtained with the last prototype.

Mid 2000 we were satisfied with the results of our experiments and took the magnifying glass with us on another trip to the Red Sea. Tests in the Red Sea showed that all the wishes of the club members participating in the test had been met. The only test the magnifying glass still had to undergo was the depth test. Weighted with lead, we allowed it to float at a depth of 70 metres for a while. It passed this test with flying colours. After solving a few last-minute problems concerning the delivery of parts, the first batch of underwater magnifying glasses rolled off the conveyor belt at the end of January 2001.

In 2008 a new magnifying glass was developed with a larger diameter of 16 cm (6.3″) This glass has also an insert magnifying 4 times!

In 2010 the 11 cm model has been improved. The sealing of the lenses now consist of one seemless rubber gasket. The metal strip enclosing the lens is sunken into the gasket, making it even more rugged.

In 2013 slight improvements have been made: the handle has been shortened to make it more compact. The finishing of the stainless steel rim have been improved. 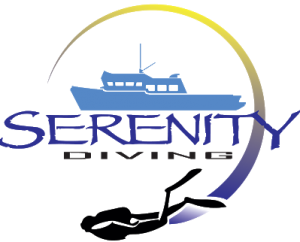